The History of Dentistry

Dentistry history is a long and fascinating tale. Since ancient times, cultures all over the world have been studying teeth and attempting to treat tooth maladies. We may shudder to hear about antiquated dental practices, but the evolution of those techniques contributed greatly to modern dentistry. The background of the profession offers unique insight into the development of the profession as we know it today. 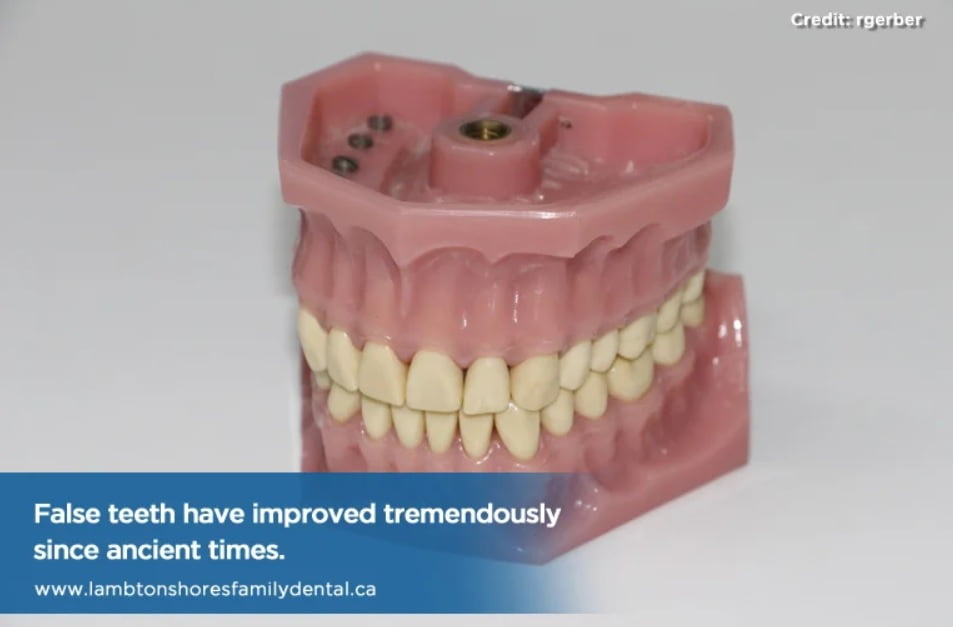 Evidence shows that dentistry was practiced as far back as 7000 B.C. in the Indus Valley (now known as Pakistan). Scientists theorize that ancient bead craftsmen worked as dentists and used flint drills to clean teeth. One of the first written mentions of teeth appeared in a Sumerian text in 5000 B.C. and suggested that worms were to blame for tooth decay. (As outlandish as this idea may seem, people continued to believe it until it was finally disproved in the 18th century.)

The earliest recorded dental practitioner was Hesy-Re, an ancient Egyptian who lived around 2600 B.C. Upon his death, the words “The Greatest of Those who Deal with Teeth, and of Physicians” were inscribed on his tombstone. The Ebers Papyrus was an ancient medical scroll that outlined the criteria for various dental diseases and related issues. It also provided treatments for tooth pain.

The Etruscans lived in Italy around 800 B.C. and flourished in the field of dentistry. They made false teeth with either human or animal teeth and used gold to “glue” them together. Gold was also used to secure teeth that were coming loose from decay. These methods were very similar to those in ancient Rome.

From 500-300 B.C., Hippocrates and Aristotle wrote extensively about tooth decay, gum disease, dental forceps, and developmental patterns of the teeth. They were also the first to use wire to hold a fractured jaw or tooth in place. Celsus, a Roman physician, wrote a medical manual around 100 B.C. that described treatments for jaw fractures, tooth pain, and tooth loss. It also discussed the fundamentals of dental hygiene.

Dental techniques in the Middle Ages weren’t what we would consider acceptable today, but it was during this time that dentistry was more formally established. Around 500 A.D., religious monks served as doctors, surgeons, and dentists. However, it wasn’t until about 1100 A.D. that the church abolished this practice completely. People cleaned their teeth using twigs and fashioned rudimentary toothpaste from eggshells. (The toothbrush wasn’t invented until 1498 in China, and it took some time to get to Europe.)

Around 1210 A.D., the “Guild of Barbers” began in France and spread throughout Europe. The group was comprised of barbers who were expertly trained in the handling of sharp instruments. These “barber-surgeons” eventually broke off into two distinct groups: those who did hygiene-related tasks like shaving and haircuts (and extractions), and those who performed more serious surgeries and amputations. This part of the profession’s evolution is complicated and branched into modern medicine and surgery. 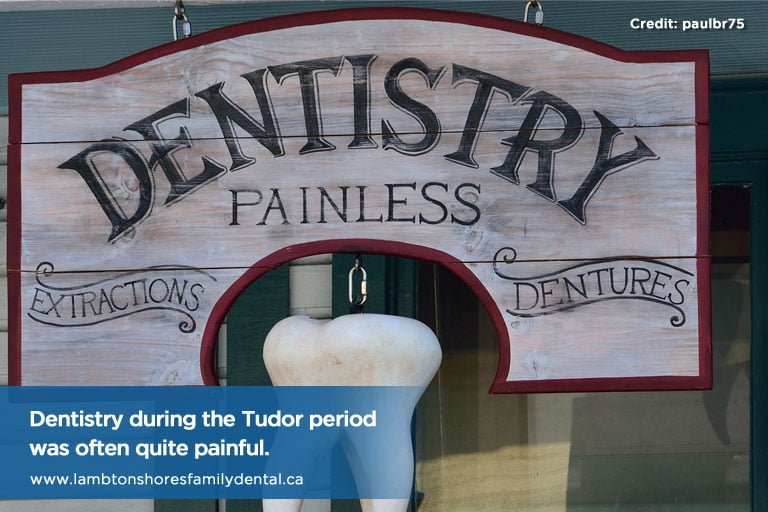 Dentistry during this period backtracked to some extent and became almost barbaric, with unsophisticated extraction tools and a prevalence of phony dentists who performed tooth-pulling as entertainment. In 1530, The Little Medicinal Book for All Kinds of Diseases and Infirmities of the Teeth was published in Germany. Written by Artzney Buchlein, it was the first professional text devoted entirely to dentistry. Decades later, the “father of surgery,” a Frenchman named Ambroise Paré, published a dentistry manual that provided detailed information on the treatment of dental issues and illnesses, including tooth decay and fractured jaws. 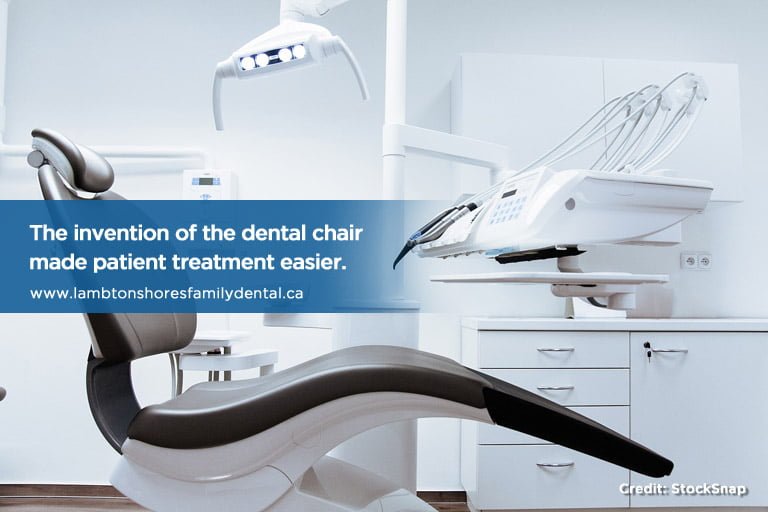 The 17th century was a positive time for dentistry. The profession and its practices became more formally accepted as fields of study, due in part to the publication of Charles Allen’s The Operator for the Teeth, the first English manual of comprehensive dentistry. French surgeon Pierre Fauchard, known as the “father of modern dentistry,” published The Surgeon Dentist: or, Treatise on the Teeth, in 1728. It described the basic physiology and anatomy of dental health, treatments for periodontal disease, and orthodontic surgical procedures. Fauchard developed the use of fillings and oral prosthesis and discovered that sugar acids cause tooth decay.

In the 18th century, dentistry advanced as a true profession. Numerous tools of the trade were invented at that time, including gold crowns, white enameling, porcelain false teeth, and an early drill called the “dental foot engine.” Another important advancement was the dental chair, designed by an American named Josiah Flagg. Though dentistry was a respected profession by the mid-18th century in Canada, practitioners were primarily physicians and medical students with only a small amount of dental training. 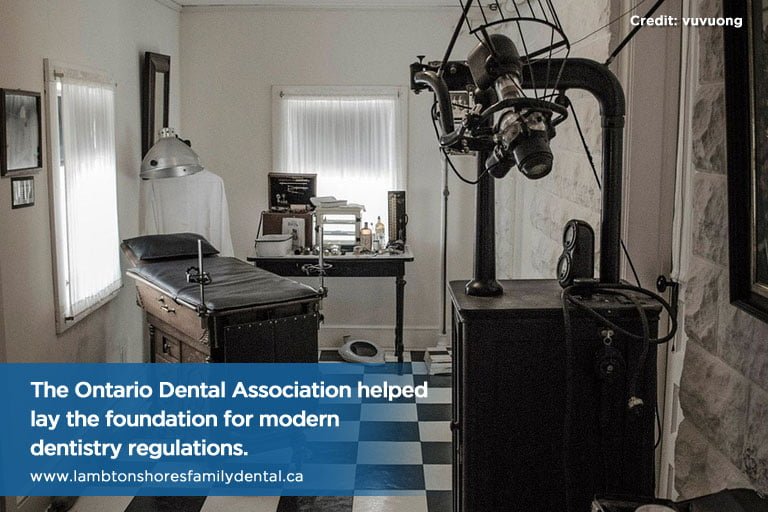 In the mid-19th century, many dentists in Canada still weren’t entirely qualified or educated, and dentistry earned a bad reputation. This was of great concern to those who were legitimate experts in their field. A group of dental professionals led by Dr. Barnabas Day met at Toronto’s Queen’s Hotel on January 3rd, 1867 and established the Ontario Dental Association. The same committee worked to develop “An Act Respecting Dentistry,” a bill that came into effect on March 4th, 1868. The Royal College of Dental

Surgeons of Ontario was also established around this period and gave licensing and regulatory powers to its board of directors.

The 20th century was another period of rapid expansion in the dental profession. Numerous specializations emerged, like maxillofacial surgery, prosthodontics, pediatric dentistry, oral pathology, and oral radiology. In 1964, a federal statute created The Royal College of Dentists of Canada. It was after this that related professions like dental hygienist and dental assistant emerged.

Dentistry has a long and fascinating history. Fortunately, the field is not what it once was, thanks to centuries of solid scientific research and technological advancements.

At Lambton Shores Family Dental, our patients’ dental health is extremely important to us. We are a modern dental clinic with a friendly team and the most cutting-edge equipment and technology. We are happy to accept new patients. For expert dental care in Forest, Ontario, call us at (519) 704-1400 or contact us by email.

No comments to show.